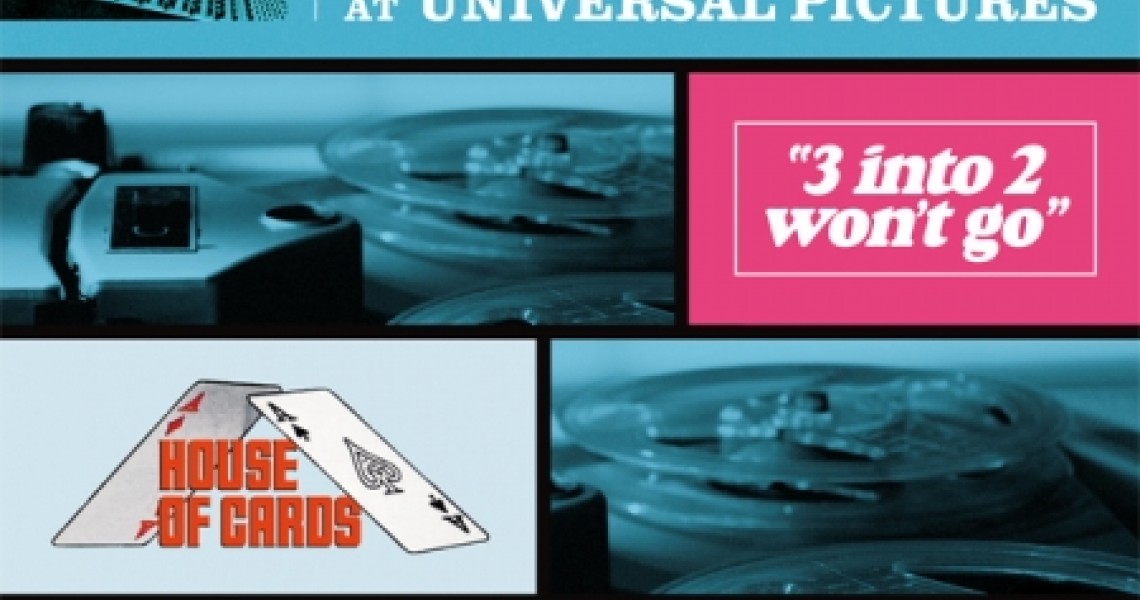 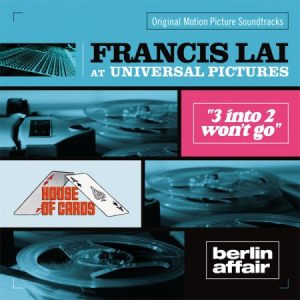 February begun with a very important release by Music Box Records, a triplet of Francis Lai unreleased gems in a two disc set. 3 INTO 2 WON'T GO, a 1969 drama directed by Peter Hall, HOUSE OF CARDS, a 1968 movie directed by John Guillermin, and BERLIN AFFAIR, a 1970 made for tv spy drama. Of all these assignments the only one i'm familiar with is the Peter Hall one, an interesting little film with a superb cast with Rod Steiger, Claire Bloom and the very familiar young beauty of the late 60s cinema Judy Geeson, in a role that reveals a little more than her thespian talent...Lai's score is a vital part of the movie in a such an extend as to having Rod Steiger whistling the main theme during the opening credits of the movie.

Francis Lai was in the beginning of his most creative decade (1966-1976) and these three scores reflect his inexhaustible wealth of musical ideas. His music is vibrant and exciting in a very personal way, with the use of rhythmic orchestrations and simple but warm and effective melodies, to accelerate the screen goings-on. None of these scores has ever been released in the past, and this is very odd, judging from the excellence of the music Lai composed. Free from corny European sentimentalism and flat overused ideas.

All these scores were composed a little before Francis Lai get his oscar for the music of LOVE STORY. His career took a different way after this award, and not a positive one i believe. Of course he created some excellent film scores like L'AVENTURE C'EST L'AVENTURE in 1972 or LA BABY SITTER in 1975 but it seems like he was trying hard to create catchy music thus becoming simplistic and overtly sentimental. I'm very happy that Music Box records gives us the chance to listen to some outstanding film music by Lai, from a period of great inspiration for him.

Enter musicbox records so as to make your orders before the 750 copies vanish.