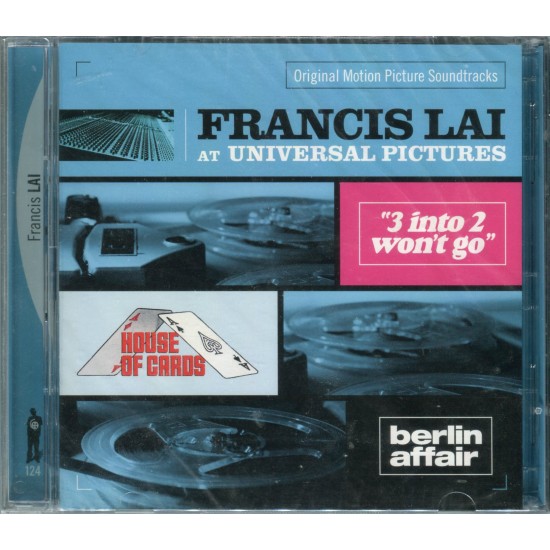 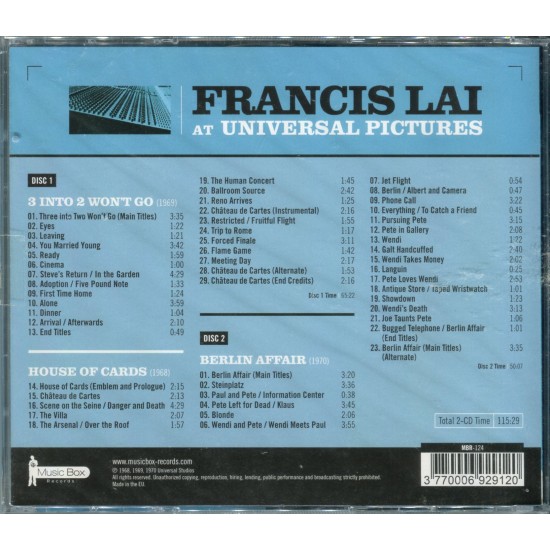 Factory Sealed cd. Released by Music Box label in 2018 and contains a triplet of Francis Lai unreleased gems in a two disc set. 3 INTO 2 WON'T GO, a 1969 drama directed by Peter Hall, HOUSE OF CARDS, a 1968 movie directed by John Guillermin, and BERLIN AFFAIR, a 1970 made for tv spy drama. Outstanding release by Music Box including three "lost" but wonderful scores by the French composer before he becomes a star with his oscar for LOVE STORY in 1970. Some really great music in this edition. The limited edition of 750 copies sold out very quickly and now is very hard to find. 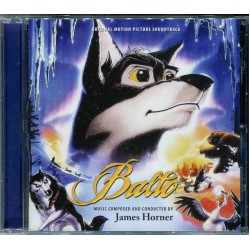 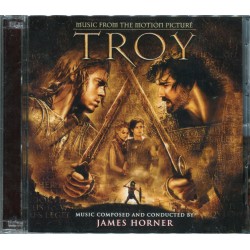 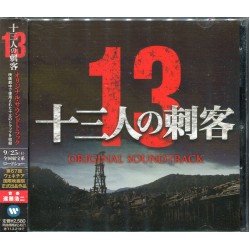 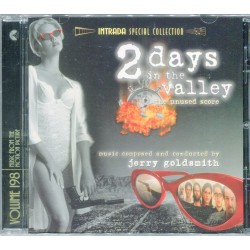 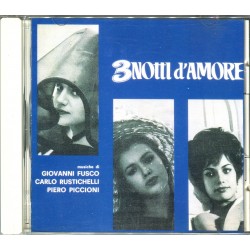 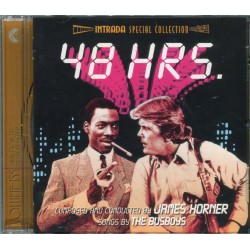 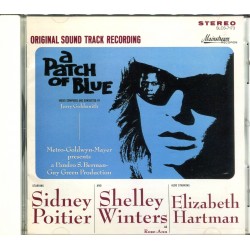 A PATCH OF BLUE/DAVID AND LISA (Japanese no obi)
Mint cd. No obi. Released by SLC in Japan in 1991. Excellent release that was out simultaneously with the British Mainstream cd but offers a great pro..
25.00€
Ex Tax:25.00€
Add to Cart
Add to Wish List
Quickview 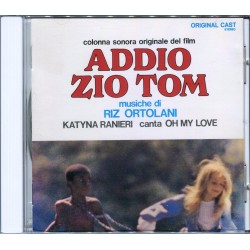 ADIO ZIO TOM (Japanese NO obi)
The cd has many hairlines in the playing surface, booklets are perfect. No obi unfortunately. One of the numerous Riz Ortolani's "Mondo" scores for th..
20.00€
Ex Tax:20.00€
Add to Cart
Add to Wish List