CREATURE OF THE BLACK LAGOON: THE FILM MUSIC OF HANS J.SALTER 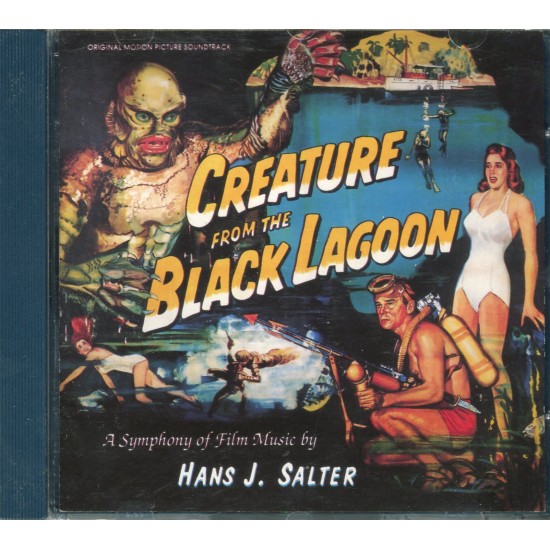 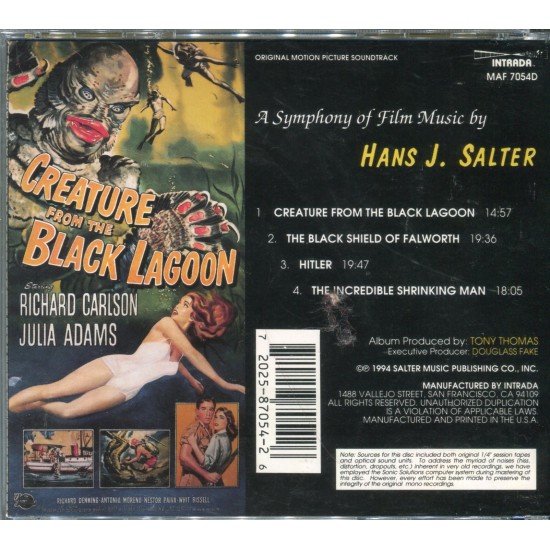 Mint cd. Released in 1994 by Intrada, the cd contains excerpts of music composed by Hans J. Salter from four movies. The cd reveals the versatility of Salter's talent as a film composer, including music composed for horror (CREATURE FROM THE BLACK LAGOON-1954), fantasy (THE INCREDIBLE SHRINKING MAN-1957), biopic drama (HITLER-1962) and sword and sandal (THE BLACK SHIELD OF FALWORTH-1954). Salter was a master of film music composition, and unfortunately his music is under represented on disc, especially on compact dis. His masterpiece score for THE INCREDIBLE SHRINKING MAN is a perfect example of his talent to compose for everything, especially for a film that blends the drama and the fantastic in equal measures, with the music balancing the poor production funding. The cd has been out of print since a very long time.

72 METRA
Excellent condition cd. The only problem is a couple of hairlines in the playing surface, otherwise totally perfect. This is the original Russian edit..
25.00€
Ex Tax:25.00€
Add to Cart
Add to Wish List